Birds are small, harmless and stunning creatures that accompany us on every side. A unique feature of these living beings within the animal kingdom is that they reside harmlessly among humanity. Often, the utterances of these birds may be heard in melodies so pleasing that large components of Persian musical forms have been tuned according to their chords.

Consequently, the names of these musical components were therefore derived from the melodies of birds. In this exhibition, Feathered Friends, I have painted these birds in 'miniature' style, and with the calligraphy used within the pieces, I have elaborated upon their meaning. The majority of these words speak of love. The poetic works of the famous Persian poet Rumi have been recorded in some of these paintings and, in fact, these birds are the speakers of his poems. These works were painted in 2007. This year commemorated the remembrance of Rumi throughout the world.

There are many different types of birds and each inhabit their own area. However, at times, these birds fly to a new destination for various purposes - and often out of necessity, and that too has a story of its own. Their migration symbolizes my own life, as I have similarly flown to a new land and begun a new life here in Australia. One of my works, which portrays a singing bird, symbolizes the story of my separation from my homeland. Rumi also expressed a story similar to this in one of his famous Persian poems.

I have also incorporated the words of other poets in these paintings, including contemporary poets such as Sepehri, Shamlo and Moshiri and traditional poets like Hakim Omar Khayam. Some of my paintings even include the words of  even greater men, most notably Baha'u'llah - who I, as a Baha'i, views as being a Messenger of Peace to the world of man.

In one of my works, a bird is found singing and playing a Persian instrument known as a 'setar'. Within the bird's melodies, I have portrayed the bird's meaningful and thought-provoking sentiments.

How come we've never pondered on the feelings of birds, our beautiful feathered friends?

Although the pieces have all been stylized principally as miniature, with the combination of calligraphy and either fictional or non-fictional sceneries, I have also incorporated many elements of modern art. My paintings, therefore, can be described as unique miniature but with a modern spin. 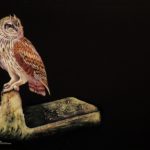 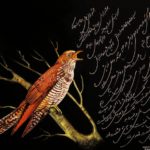 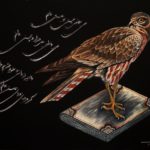 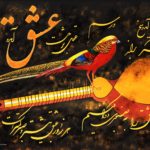 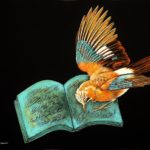 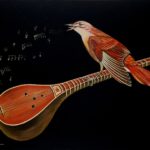 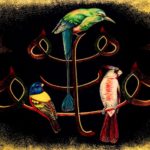 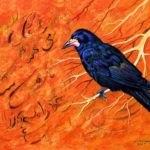 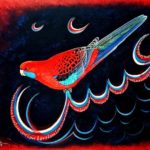 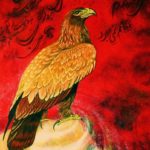 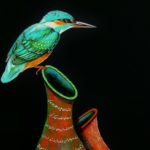 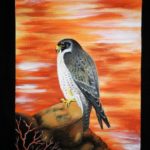 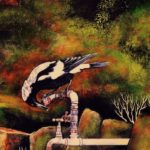 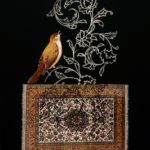 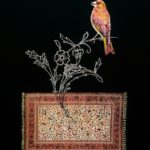 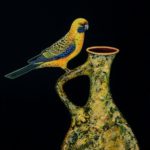 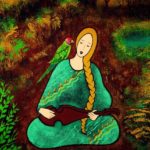 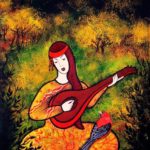 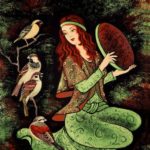 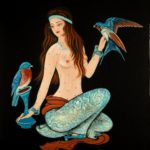